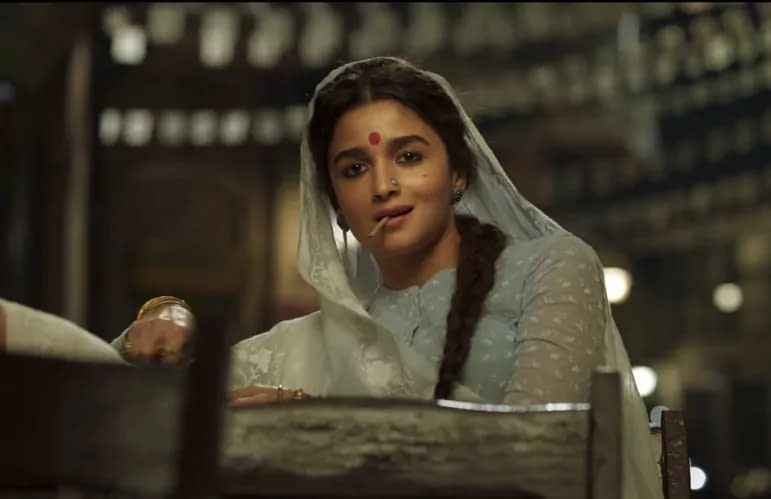 Gangubai Kathiawadi, A Sanjay Leela Bhansali film starring Alia Bhatt is ready to roll the screens this year. The movie’s trailer is so powerful that it has leveled up the audience’s excitement. Releasing on 31 July 2021, the film is going to be a blockbuster.

Alia Bhatt, in and as Gangubai Kathiawadi, is looking extremely dynamic. Furthermore, the movie will also be releasing in Telugu. Alia shares an informative video with her fans today. She tells us about the movie’s new take over towards Telugu dialect. The teaser in the latter language will release on on the big screen with Pawan Kalyan’s Vakeel Saab.

Vakeel Saab, a remake of the Hindi movie Pink is streaming in your nearest cinemas. Starring Pawan Kumar and Nivetha Thomas, the film is receiving great reviews! Alia also wishes luck to the entire cast of Vakeel Saab and urges the audience to watch this remake. She calls Pawan Kalyan a powerhouse legendary actor. We can’t agree to disagree!

In Gangubai, a real-life story-based creation, Ajay Devgn and Emraan Hashmi will also come in cameo scenes! A Sanjay Leela Bhansali film is one of a kind, All of his films are a delight to watch. Before you watch this movie, do not miss out on his past releases. ( Goliyon ki Rasleela Ramleela, Bajirao Mastani , Padmavat, Dev Das. )

Not even a month of trailer release, it already has 35M+ views on youtube, worldwide. Similarly, there are many review posting pages on youtube that have given their opinion about the trailer, receiving high number of views.

Alia Bhatt is a tough competitor for the new age actors. Her growth in the industry is inspiring for many! Bringing some really amazing movies, she is working on several more projects. Her upcoming movie Brahmastra with boyfriend Ranbir Kapoor and legendary Amitabh Bachchan is finally releasing this year. One more Blockbuster RRR is also releasing this year. She is playing the role of Sita in this one.

The 28 year old is unbeatable and unstoppable! Breaking through every barrier, Alia is bringing excitement and happiness along with her uncanny talent.

9 thoughts on “Gangubai Kathiawadi to release in Telugu also”