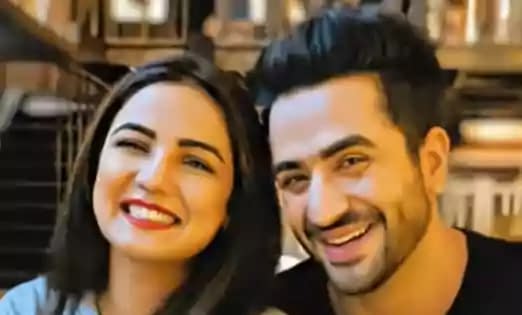 The song chemistry is good between both the artists. The story is all about an emotional love story. It’s a heart-touching music album. The actress very well showed her pain and emotional side in a well-balanced manner. The lyrics of this song are too good. The singer’s name is Vishal Mishra. This song had released on VYRL Originals. A married couple does not live happily together. Her husband betrayed her and many women in his life. The mass Audience will feel the pain of that girl in the music album. One of the best songs by Jasmin and Aly. New song Released Today.

When Bhasin debuted on Indian television in 2015 as the female lead Twinkle Taneja in Zee TV’s love triangle Tashan-e-Ishq, she quickly rose to prominence and achieved a lot of success. The best actress had won the Best Debut (Female) and Best Jodi categories at the Gold Awards for her performance in Tashan-e-Ishq. Bhasin’s second lead character, Teni, a bubbly and carefree Gujarati teen, was cast in Colors TV’s Dil Se Dil Tak in January 2017. The actress had the second runner-up in Khatron Ke Khiladi – Made In India in August 2020.

He is a Hindi television actor from India. He is best known for his roles as Raj Kapoor and Romi Bhalla in films Kuch Toh Hai Tere Mere Darmiyaan and Yeh Hai Mohabbatein. MTV Splitsvilla 5, Fear Factor: Khatron Ke Khiladi 9, Nach Baliye 9, Fear Factor: Khatron Ke Khiladi – Made in India, and Bigg Boss 14 are some of the reality shows he has appeared. In January 2021, he made his web series debut on ZEE5’s Jeet Ki Zid. Goni had dating Serbian model Natasa Stankovic in 2014, but the pair allegedly split up and were invited to compete as an ex-couple in Season 9 of Nach Baliye. The actor first met Jasmin Bhasin in 2018, and the two started dating after they both appeared on Bigg Boss 14.

READ:- https://thebollywoodlive.com/salman-khan-radhe-movie-budget/(opens in a new tab)