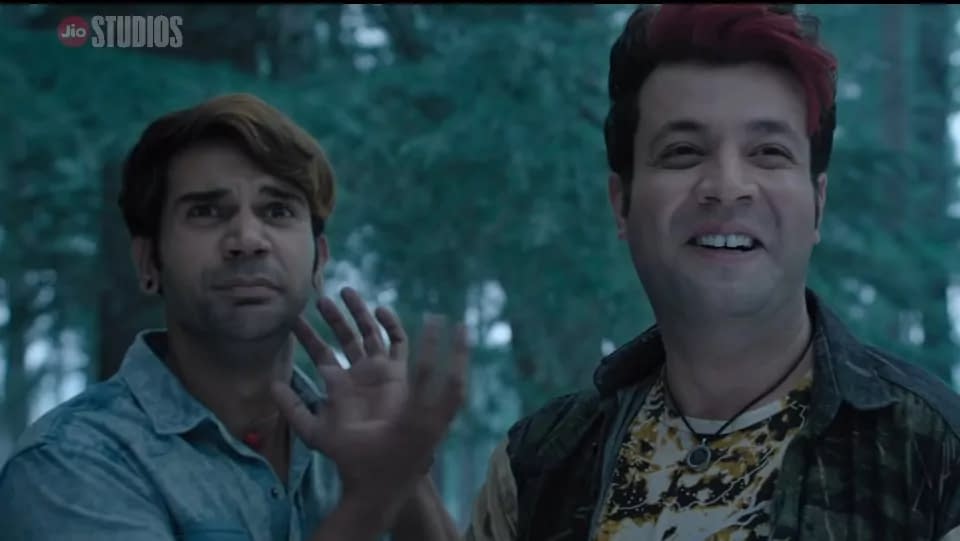 The World Digital Premiere Movie ”Roohi” is streaming on Jiocinema App. The Movie gets so much appreciation from the Mass Audience. Streaming On JioCinema and Netflix App.

The Hindi Film comedy-horror had produced by Dinesh Vijan under the Maddock Films banner and directed by Hardik Mehta. Set to be released in 2021. The concept It’s about a ghost who kidnaps brides on their honeymoons. The actors are Rajkummar Rao, Janhvi Kapoor, and Varun Sharma star in the film. It had announced on March 29, 2019, and filming began on June 14, 2019, in Agra. The film has scheduled for June 2020, but production had halted due to the COVID-19 pandemic in India. In India, the film gets released in theatres on March 11, 2021. The film’s complicated plot received largely negative reviews from critics. Streaming On JioCinema and Netflix App.

The story takes place in Bagadpur, a remote town where abduction marriages get famous. Katana and Bhawra are two local news Zalzala reporters who work for Gunny Bhai, the goon. Their lives are turned upside down when they had forced to kidnap a girl named Roohi to marry her. The marriage is postponed for a time after they successfully kidnap her, and they must keep the girl with them for a few days. Katana and Bhawra are both smitten by Afza and Roohi, respectively.

The story then switches to Bhawra’s attempts to save Roohi from the Mudiyapairi, as well as Katanni’s hesitation. After learning that Bhawra intends to marry her against her will, Roohi flees. When she is apprehended by locals and forced to participate in a ceremony that will free Afza, Gunny Bhai approaches her and proposes marriage, which she accepts. Both protagonists learn of the marriage thing and arrive at the location where Roohi agrees to marry Afza herself. Both Bhawra and Katanni are left wondering who the girl loved in the end. Best movie in Hindi film industry. A good script.